The word franchise originates from the Anglo-French: franchir (to free) and franc (free). The concept of franchising slowly developed in Europe from roots going back to the middle ages. Back then, titled land owners granted rights to people to hold fairs, operate markets and conduct other business on their land. The rights became rules and as such, part of European Common Law.

In the US, credit for beginning modern franchising, goes to Isaac Singer, founder of the Singer Sewing Machine Company. In the 1850s, Singer wanted a wider distribution for his sewing machine but did not have the cash to increase manufacturing them.  Another issue he faced was that people would be reluctant to buy his machines without some type of training which was not provided by retailers at the time.

Singer decided to assess licensing fees to individuals who would own the rights to sell the machines in certain geographical areas. The licensees also were responsible for teaching customers how to use the machines. This created a platform for making a sewing machine commercially available to the public.

In 1932, Howard Johnson established the first modern restaurant franchise system stemming from one successful restaurant in Quincy, Massachusetts. The concept was to allow independent business people to use the same name, supplies, logos and procedures in exchange for a fee.

Ray Kroc was a salesman of milk shake makers. When he bought a small hamburger joint in 1954, he saw that the owners had perfected a high-volume food production system that combined fast service and low costs with consistent food results. Kroc became their licensing agent and first recruited franchises in the Chicago area (The first was in Des Plaines, IL, a northwestern suburb of Chicago).

The franchising business method got so big that the International Franchise Association was founded in 1960. Their purpose was to provide guidance to the entire industry. In 1978, the Federal Trade Commission got involved by creating laws designed to protect franchisees.

The franchising system has a stalwart history and has proven to be the path to success for many an entrepreneur. 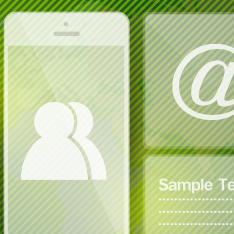